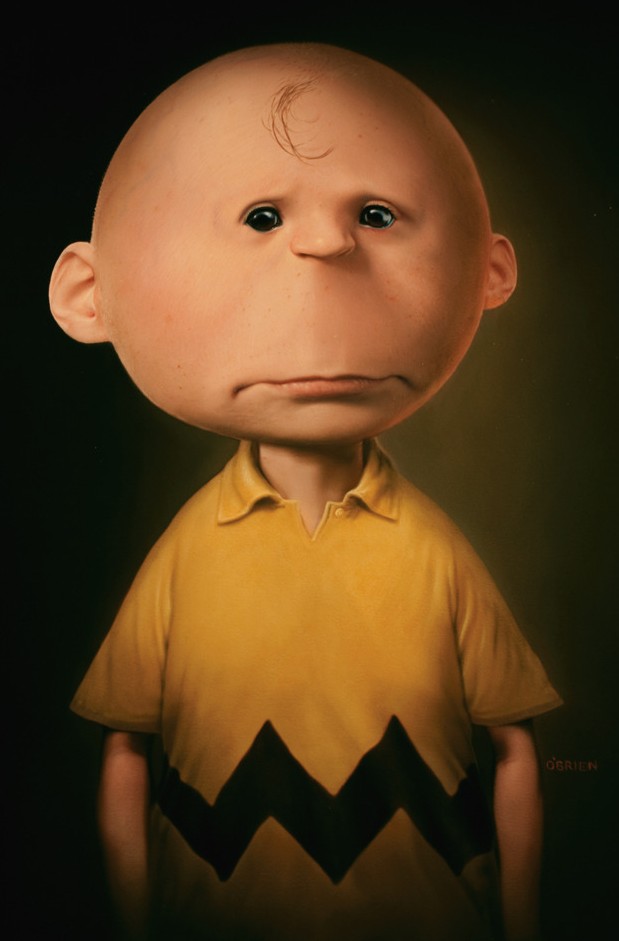 Art has been about re-mixes for centuries. The retelling of famous stories, painting, and repainting what is essentially the same bouquet of flowers or bountiful still life of food, the same battles, over and over. Another trick is to take an icon from one context and put it into another. Paint a sculpture, sculpt a painting, create an opera from a talk show.
Read on for more…

Recently some artists have been taking 2-D cartoon figures and re-imagining them as real 3D persons, created in photoshop or as paintings. Shown above, of course, is Charlie Brown, painted by Tim O’Brien. He submitted this work as part of a show called MONSTER? with Travis Louie. O’Brien says of the end result:

It’s freaky. Maybe not a monster but not normal.

In general, these “untooned” versions make a very rough transition into the world of 3D realism. Part of the problem may be related to the uncanny valley; we can only accept something as cute so long as it doesn’t look too human. Cross some invisible line and we no longer see cartoons as a simplified caricature but as an actual human being. The result can be startling, though it isn’t always. 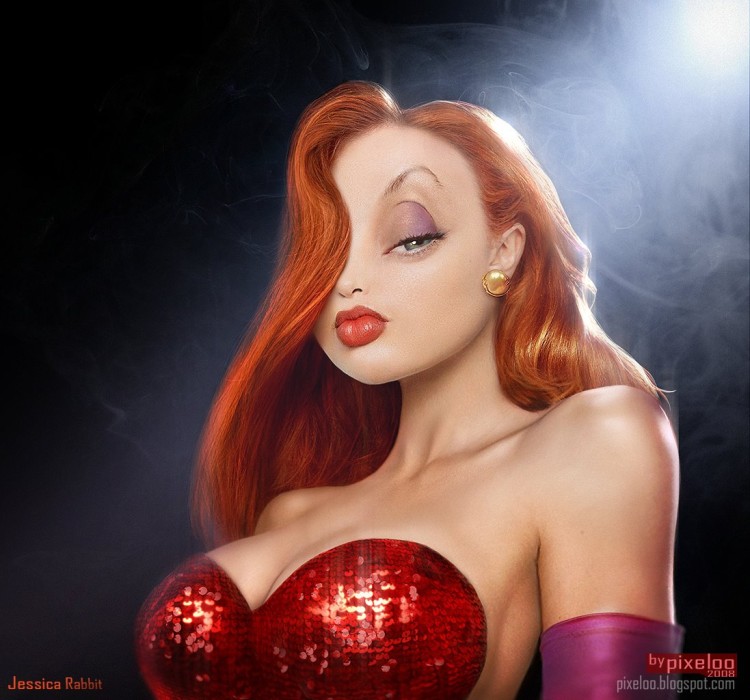 Shown above is Jessica Rabbit, who made a relatively graceful transition into the third dimension thanks to Pixeloo. 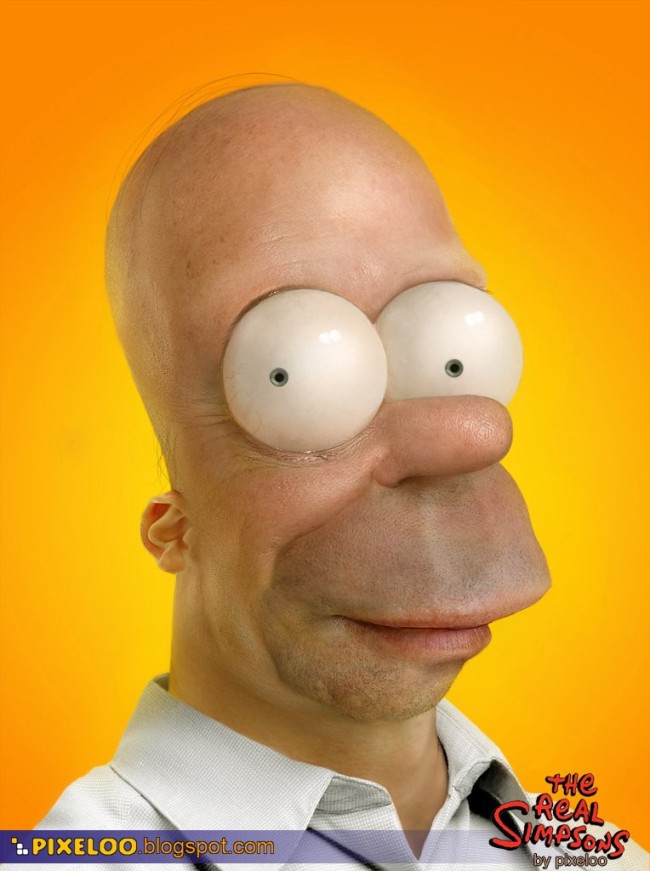 Homer Simpson made a much more startling real-world transition in the hands of Pixeloo. 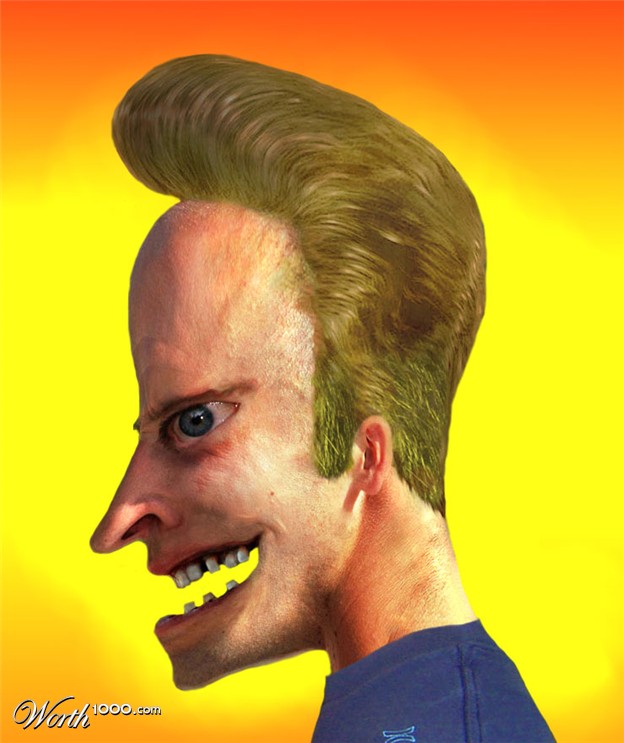 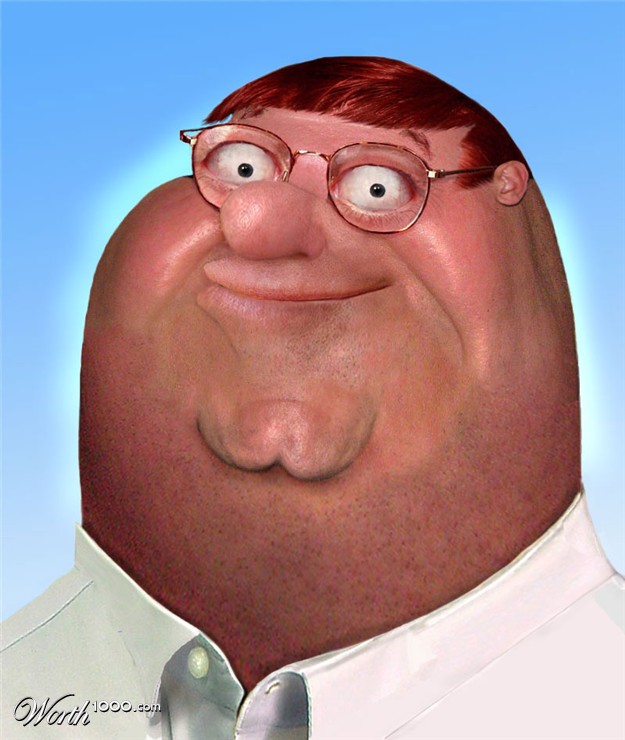 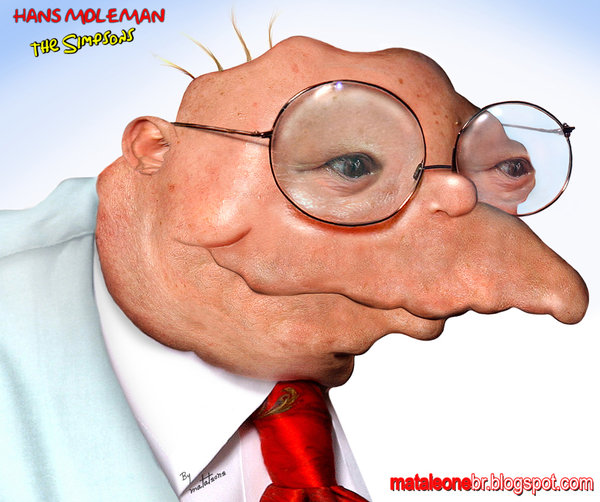 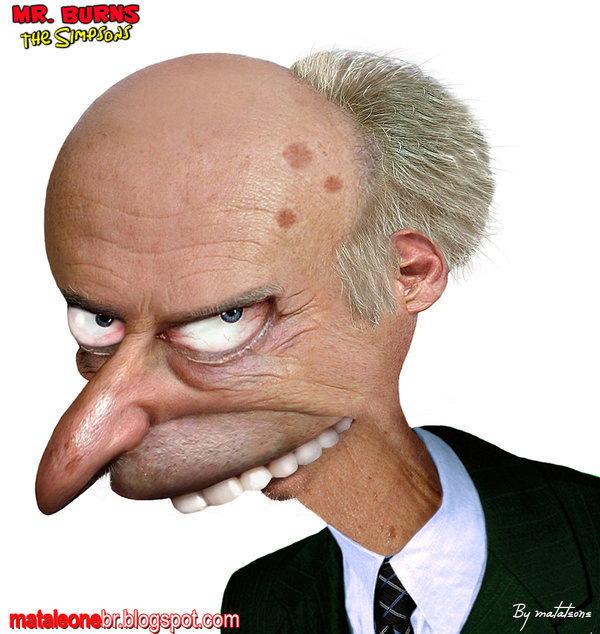 Though I haven’t done a statistical analysis, I think it’s clear that Simpson’s characters are much more likely to be untooned than any other cartoon. Above of course is Mr. Burns, also done by mateloneRJ. 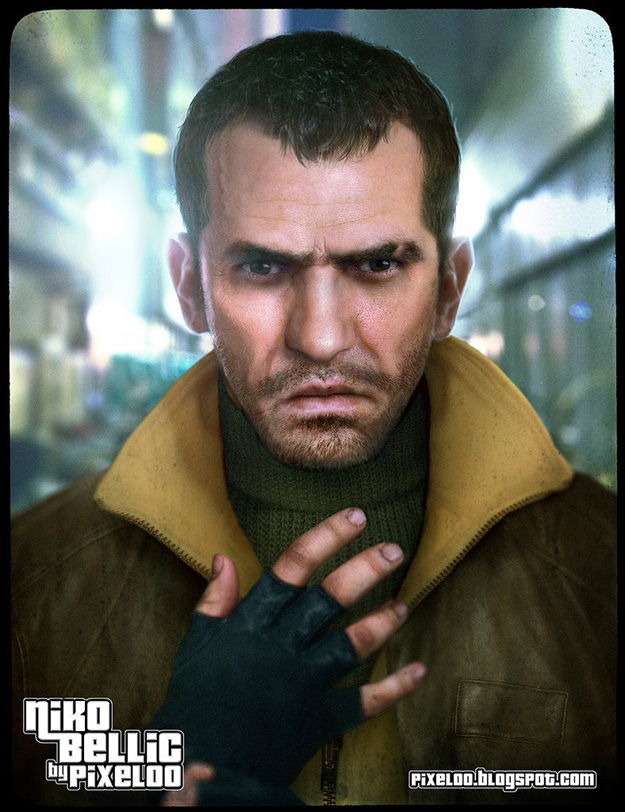 Such is the state of video game graphics that the real-world version of Grand Theft Auto’s Niko Bellic, created by the aforementioned Pixeloo, looks not much different from his Rockstar Games counterpart, shown below. 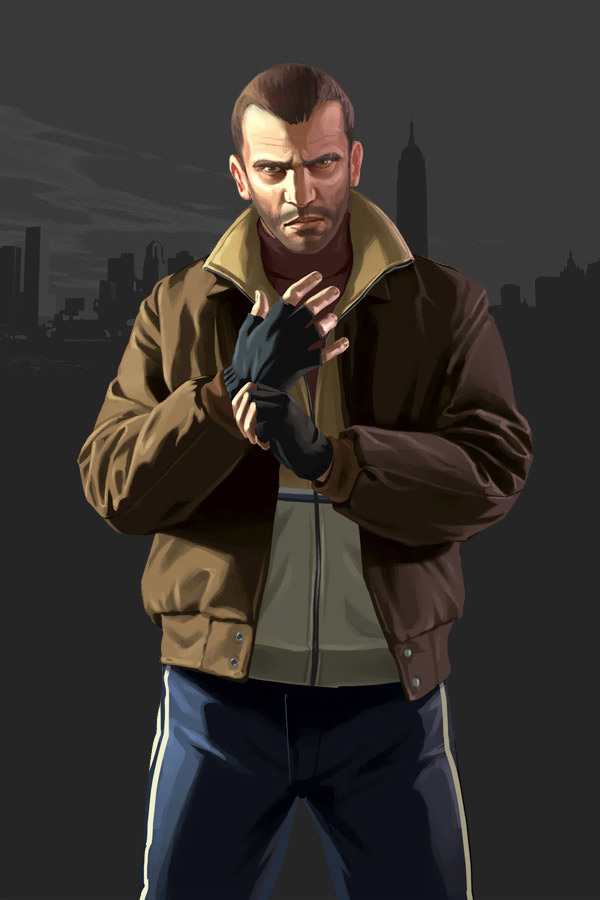 One final real-world version by Pixeloo — the frighteningly bulbous-nosed Mario — really should have accompanied my Sacred Heart of Mario post. 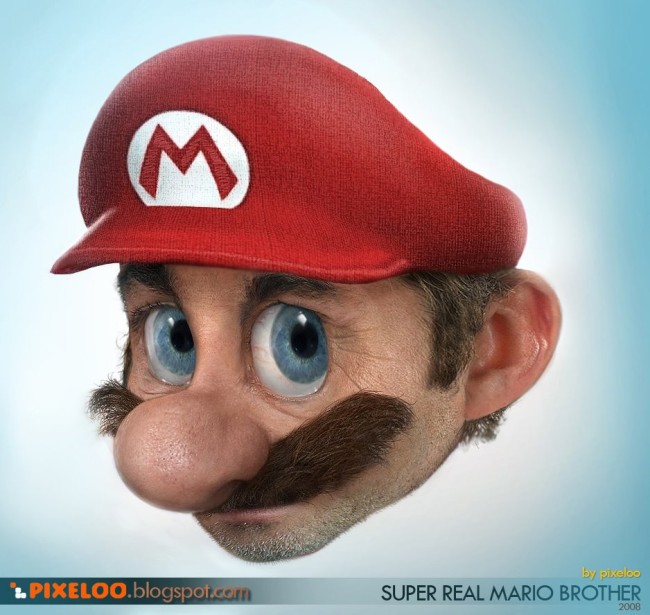