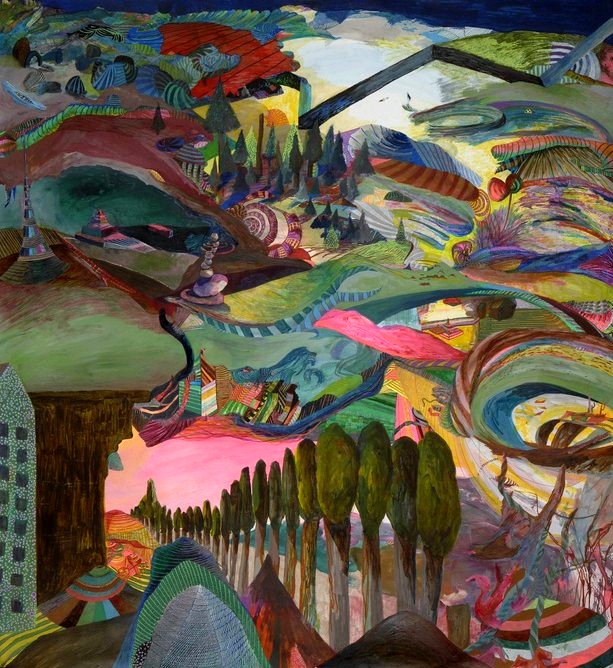 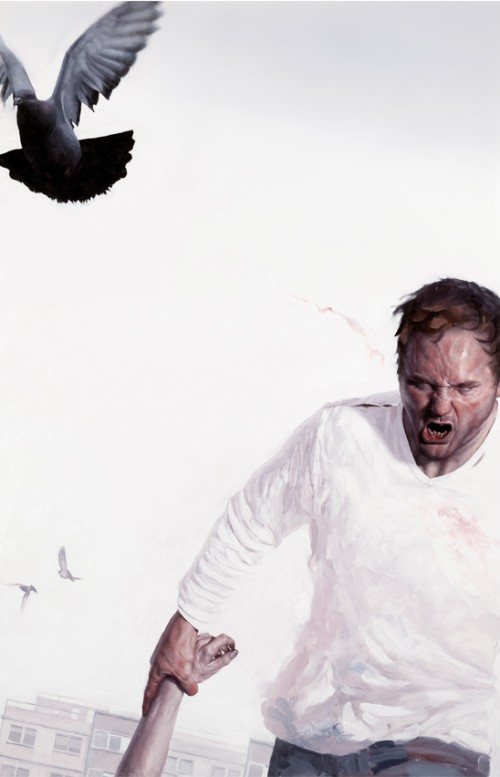 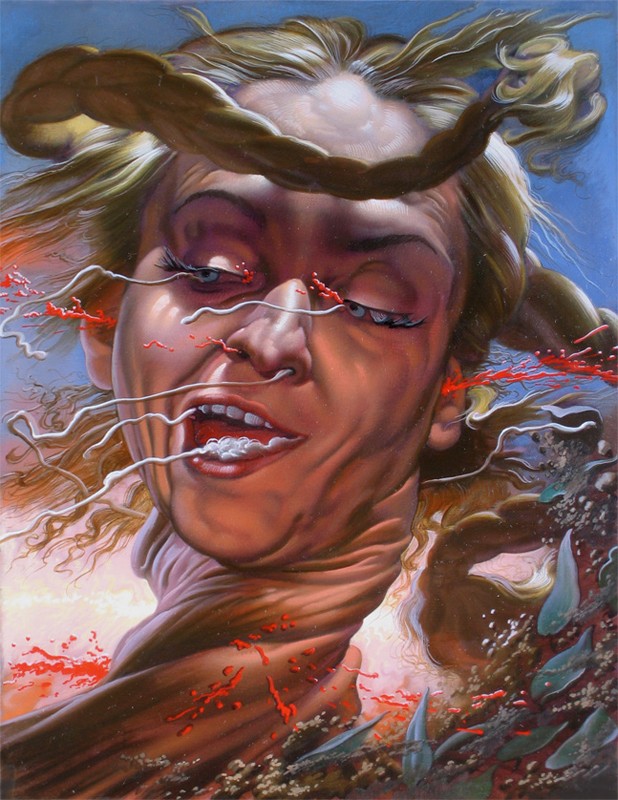 In Italian artist Nicola Verlato’s paintings, bodies contort with the drama of the scene, often naked, and moving in space. Everything is drama, and obvious symbols (the oil dereck, the Disney character) are used in obvious ways along with cheap attempts to shock or appall with gore and violence. 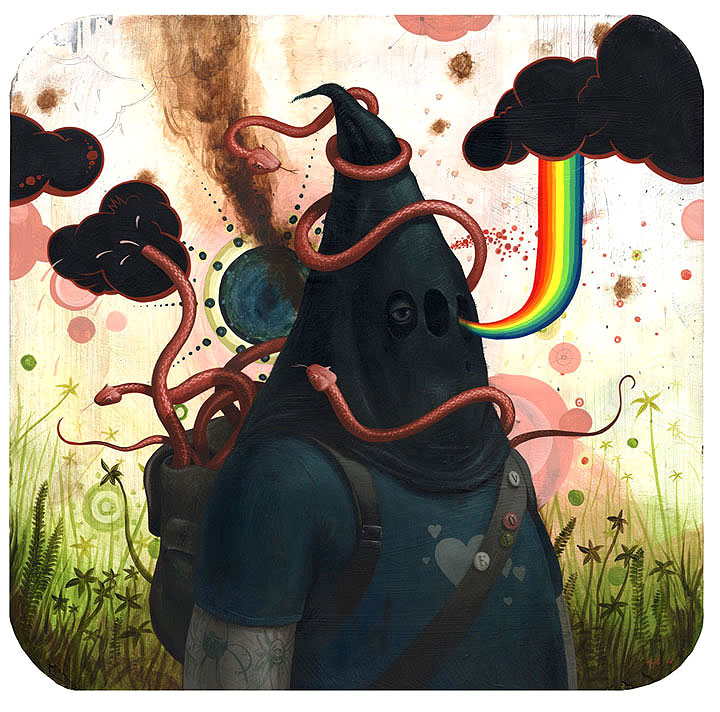 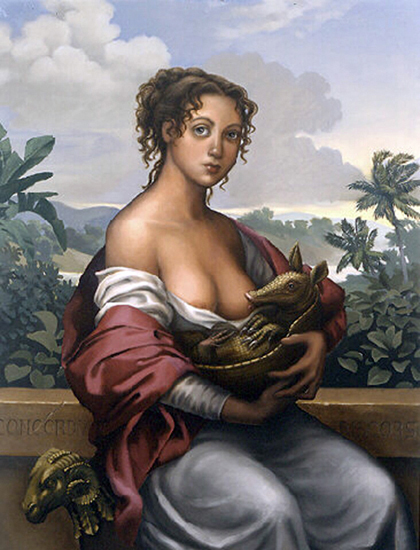 When exaggerating for comedic effect, it’s important to find just the right level of exaggeration. Our brains automatically filter out information that is too far removed from the credible, with ruins the effect. You have to get the listener to actually consider the plausibility of what you are saying for just a moment, and not just immediately dismiss it. In his review of the new Transformers movie, “Revenge of the Fallen”, Charlie Jane Anders writes:

The closest thing I can think of to this movie is the Wachowskis’ “Speed Racer”, which had a similar kind of CG image overload, although it was only five hours long as opposed to ROTF’s nine.

With art, you can cut even closer to the edge of plausibility, and the effect goes from comedic to disturbing to funny to sublime.
Shown above is “Martinique”, by artist Cristina Vergano.

Take lots of multi-colored products with a shared theme. Stick them on a poll. Doesn’t sound like a recipe for a great work, but David Batchelor’s Parapillar 7 is well executed, original, and fun. 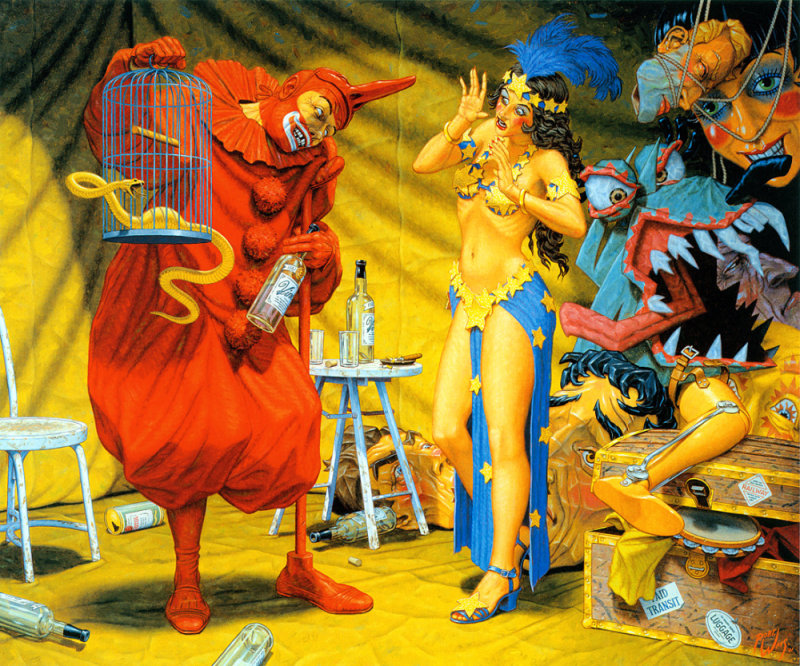 “Well executed and tightly rendered artwork, by skilled and competent artists, has been considered intellectually insignificant by the international fine arts community for more than fifty years… for over half a century, art connoisseurs have allowed themselves to become too self-engrossed with their relative presence in front of art to actually see the art itself, something along the conceptualist philosohy of ‘I declare this pile of sand to be brilliant, therefore I am briliant in my predication.’
…
The worst thing an artist can do, when working within the conventional art world, is to load-up a piece of artwork with too much forethought and detail. Preoccupied art admirers can’t digest creative expression that requires their exhaustive investigation.”
–Robert Williams, writing in issue #56 of Juxtapoz magazine.
Shown above: In the Pavilion of the Red Clown.

Artist Isabel Samaras paints familiar pop-culture TV icons into new, often sexual, often quite explicit, situations. Though quite talented and imaginative, Samaras’ creations are ultimately as hollow as The Munsters themselves, knock-offs played for canned laugther or gawking, mildly titilating until you are too bored or embarrased to keep looking. Above is “Herman and Morticia and Gomez and Lily”.

By Japanese (but you already knew that, didn’t you?) artist Junko Mizuno. Fantastic details here, look at how all of the curves converge. 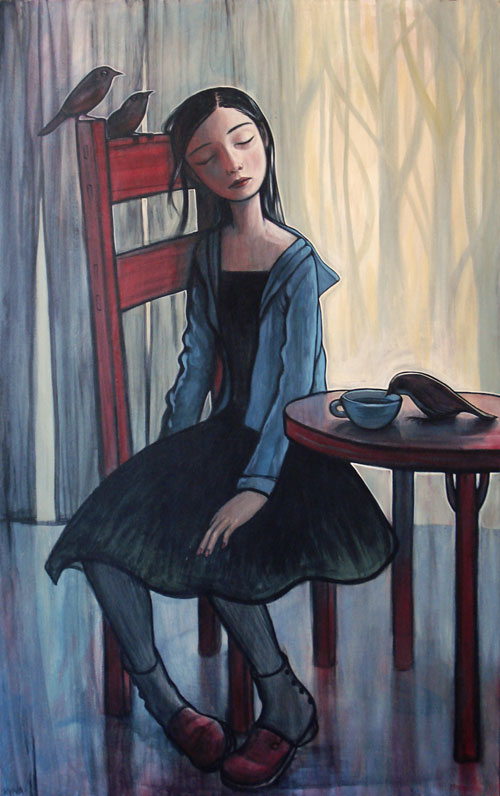